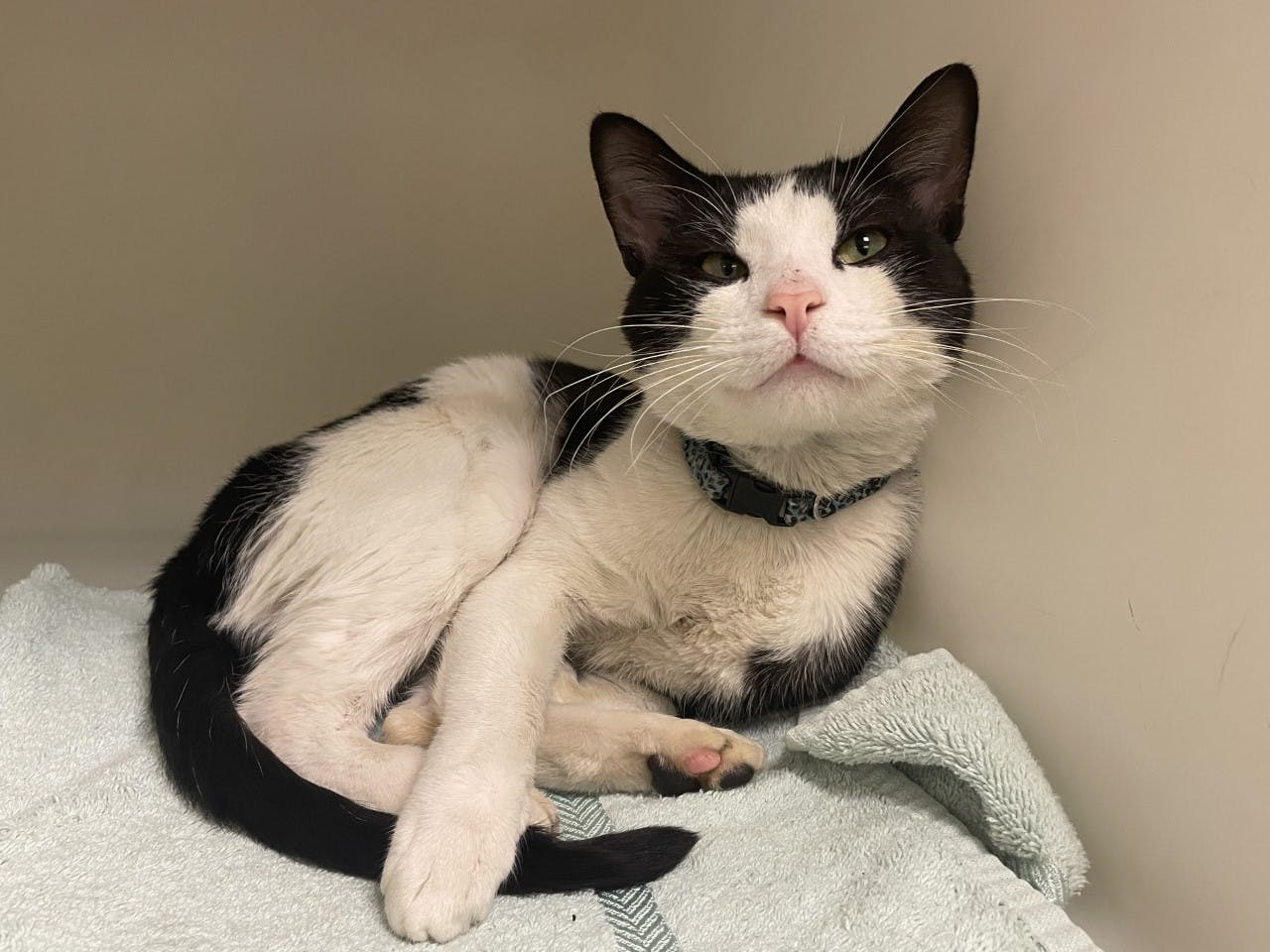 Bucks County SPCA (BCSPCA) Humane Law Enforcement Officers removed 14 cats from a Perkasie apartment on Tuesday, December 13, 2022 after being notified of animals left behind following an eviction. The owner had managed to take 37 cats with her when she left the property, including a mother cat with her newborn kittens. On Wednesday morning, the owner drove to the BCSPCA’s shelter in Quakertown with the 37 cats and kittens. After discussion with BCSPCA staff, the owner agreed to surrender all 51 of the animals.

The shelter’s staff worked fast to comfortably house the animals and assess their medical needs. Each one was examined by BCSPCA’s veterinarian. Healthy cats were neutered and moved right into the adoption room by Wednesday night. Cats suffering from upper respiratory and other illnesses are being treated and will remain at the shelter or in the care of trained foster volunteers until they can be readied for adoption. One cat needed emergency surgery and is now recovering at the shelter’s clinic.

While a large influx of animals puts an incredible strain on the shelter and its staff, gaining custody through the cooperation of their owner is a significant source of relief. This means the animals can more quickly be placed for adoption than if BCSPCA had needed to take legal action to gain custody.

“We are optimistic that these cats will recover and find homes where they can be properly cared for,” stated BCSPCA Executive Director Linda Reider. “Animal hoarding cases are complex and heartbreaking. People may start out with good intentions, but their inability to see and address the needs of the animals under their care can lead to serious cases of neglect. It is awful for the animals who live in filthy crowded conditions, suffering from untreated illnesses. Thankfully, in this case the owner eventually made the right decision, and the cats could be helped. We wish people would accept help sooner to alleviate needless suffering.”

BCSPCA’s Humane Law Enforcement Officers were already investigating this situation after receiving complaints of neglect, but they had been unable to gain entry to the property. After the eviction, they were at last able to access the apartment and rescue the cats who were left behind.

The community can help by adopting animals from the BCSPCA’s shelters in Quakertown and Lahaska, and by donating financial gifts or needed supplies like cat litter and food. Click here for the shelter’s supply Wish Lists. If you have too many animals to care for, reach out to your local shelter for help. If you suspect animals in Bucks County are being neglected or abused, contact BCSPCA’s tip line at 844-SPCA TIP (844-772-2847) or online.